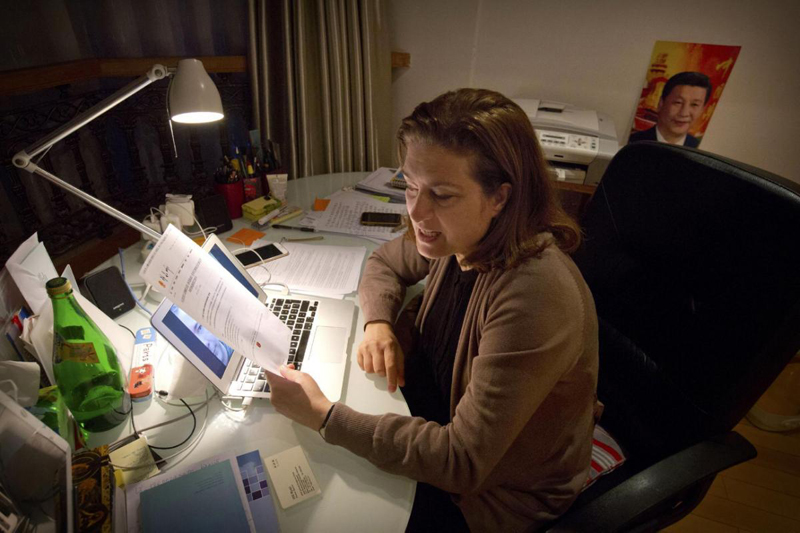 French journalist Ursula Gauthier, a reporter for the French news magazine L'Obs, holds a statement criticizing her from the Chinese Ministry of Foreign Affairs as she sits at her desk in her apartment in Beijing, Saturday, Dec. 26, 2015. China said Saturday it will not renew press credentials for Gauthier, effectively expelling her following a harsh media campaign against her for questioning the official line equating ethnic violence in the western Muslim region with global terrorism. (AP Photo/Mark Schiefelbein)