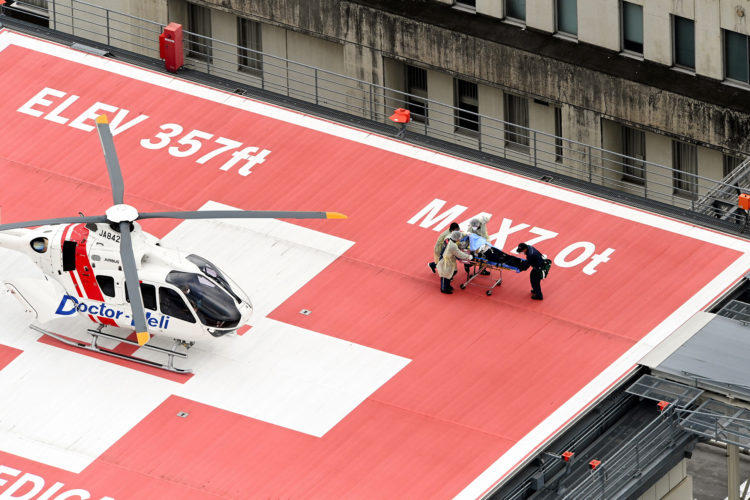 NARA, JAPAN - JULY 08: In this aerial image, former Prime Minister Shinzo Abe is on a stretcher to a helicopter after being shot in front of Yamatosaidaiji Station on July 8, 2022 in Nara, Japan. Abe is shot while making a street speech for upcoming Upper House election. (Photo by The Asahi Shimbun via Getty Images)