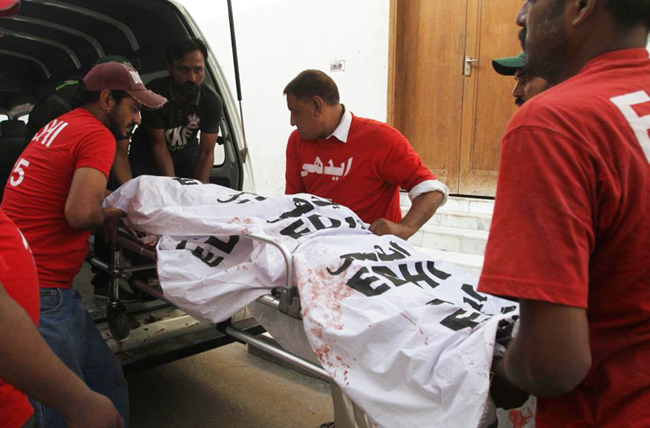 FILE - In this Wednesday, Sept. 9, 2015 file photo,volunteers load the dead body of Pakistani journalist, Aftab Alam, who was killed by unknown gunmen, into an ambulance at a local hospital in Karachi, Pakistan. In the last quarter century, at least 2,297 journalists and media staff have been killed. And ever more, killers act with impunity, the International Federation of Journalists announced in a major report.(AP Photo/Fareed Khan, File)